When great Canadian painters take a Porsche 911 as a canvas, the result is spectacular.

Two of the most impressive Art Cars ever produced will be offered for sale at a private auction in Montreal on October 8, 2015. This prestigious event, held in collaboration with Sotheby’s, is a fundraiser for the Foundation of Musée national des beaux-arts du Québec, Quebec’s National Fine Arts Museum. 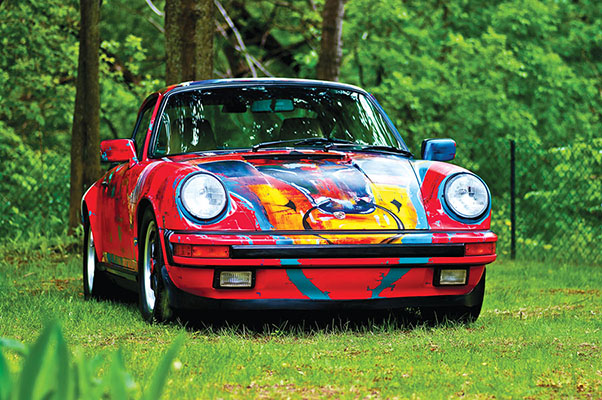 Dominic Besner, born in Ontario, works in Montreal, where he has completed an architecture degree. Besner’s work focuses on speed and raw energy, as captured in noisy, vibrant cities. The artist’s figurative, tragic, and ornemented paintings are collected and have been praised wordlwide, most notably at the 2012 Universal exhibition in Shanghai.

The Porsche comes with the original painting, Me Tangere (36 x 48 inches) created by the artist himself. 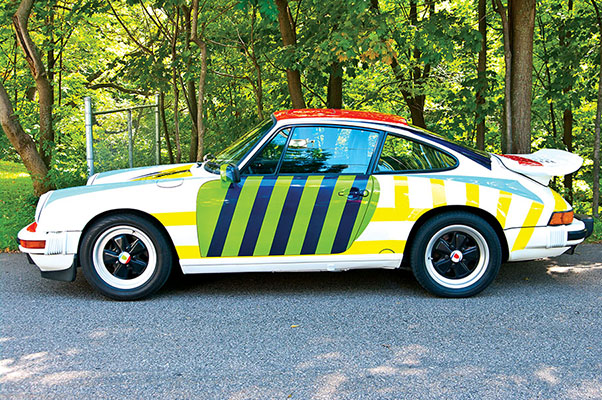 Marcel Barbeau (Order of Canada, National Order of Quebec) is a celebrated painter and sculptor, and one of the most inflexible signatories of the Refus global manifesto. His large-scale abstraction paintings have been exhibited thoughout canada, Europe and the United States, as well as in North Africa. His work is commented in academic papers, and has been the object of fimls and art catalogues. Barbeau’s artworks are also belong to numerous corporate and institutional collections.

The Porsche comes with the 3D 1/10 scale model car made by the artist himself.

The Porsches took between 6 months and 1 year each to complete, with master auto body artist Yves Thibeault using a mix of brushes, fingerpaint, felt-tip marker, and airbrush. Thibeault’s challenge was to transpose the artistic voice of each of the two onto an automobile with its own distinctive and widely admired shape. The remarkably flawless execution, from sanding to finishing, has produced cars that combined functional and aesthetic value in a single whole and will pass the test of time – never losing their drivability or the original industrial and artistic value.